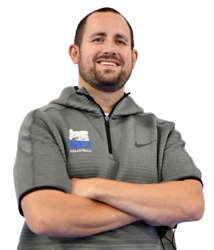 With over three decades of coaching experience, Adam is our high energy, enthusiastic and winning leader. He started NPJ in 2009 and the club has grown from 2 teams to 56 teams with squads in Salem, Bend, Portland and Seattle. His 18 Forefront teams have placed in the Top 20 in the country at the USA Volleyball Girls' Junior National Championships.

Adam recognizes talent and has a vast network of college coaches to call upon. Every NPJ athlete who wants to play college volleyball has found an opportunity to do so.

Married to Katie Brewington, the couple resides in Sherwood. 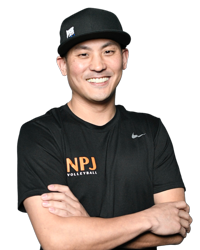 Jen Bolger brings four decades of experience to NPJ as a player, coach and marketing professional. This is her fifth season with NPJ.

For four years prior to her time with NPJ, she was the Membership & Communications Manager for the Columbia Empire Volleyball Association in Beaverton, Oregon, where she managed more than 6,000 members and oversaw a website that was named best in the country by USA Volleyball.

A native of Lothian, Maryland, Bolger played collegiately for Virginia Commonwealth University as a middle blocker, helping the Rams win the Sun Belt Conference championship. After graduating from VCU, Bolger began her coaching career as an assistant for her alma mater before playing professionally on the Jose Cuervo Beach Volleyball Tour in 1987. Bolger was the graduate assistant coach at the University of Massachusetts from 1987-88.

She played professionally for the Racing Club de Cannes in France 1988-89, where the team finished third in the European Cup.