Dave Butler finished his fifth season at Oregon in 2021, after joining the staff as an assistant coach and recruiting coordinator in April 2017, having spent the previous three seasons as an assistant at Cal State Fullerton. In his 5 seasons at Oregon, Butler was instrumental in signing two top 5 nationally ranked recruiting classes (2018 and 2019).

In his first season on Oregon's staff in 2017, Butler helped lead the Ducks to their seventh consecutive NCAA Tournament appearance. Oregon won 18 matches and reached the second round of the postseason before falling at No. 12 BYU.

In 2018, Butler helped lead the Ducks to one of the best seasons in the program's history. Oregon went 23-11 overall and reached the NCAA Elite Eight with a thrilling upset of No. 2 Minnesota on the Gophers' home floor in the Sweet Sixteen, and the Ducks tied for second in the Pac-12 to match the best conference finish in program history. Butler also helped groom a program-record five all-Americans for the Ducks in Ronika Stone (2nd), August Raskie (3rd), Lindsey Vander Weide (3rd), Willow Johnson (HM) and Brooke Nuneviller (HM).

Oregon returned to the NCAA Tournament in Butler's fourth season, reaching the Sweet Sixteen after coming in second in the Pac-12 during the shortened season that was moved from the fall of 2020 to the spring of 2021 due to COVID-19. He helped the Ducks to a 15-5 overall record and a final ranking of No. 14 in AVCA Coaches Poll, while helping guide Brooke Nuneviller to a second-team All-America season. In addition to Nuneviller, two others received all-region recognition (Karson Bacon, Gloria Mutiri) while Mutiri joined Nuneviller on the All-Pac-12 team.

In his 5th and final season with the Ducks, Oregon finished the season 22-9 and again went on to the NCAA tournament. The team beat #18 Penn State 3-0 for the first time in school history as well as sweeping the season series vs Stanford also a first for the Ducks. He helped Brooke Nuneviller to her 2nd consecutive second-team All-American season while also being named the Pacific North's Region player of the year. Nuneviller was also once again named to the All-Pac 12 team. Joining her on both teams were Karson Bacon and Georgia Murphy, while Gloria Mutiri was All-Pac 12 honorable mention under Butler's guidance.

Butler worked with outside hitters and middle blockers in his time at Fullerton, while also serving as recruiting coordinator and doing video breakdown and game planning.

Before joining Cal State Fullerton, Butler worked at Long Beach State for a season in 2013. Butler was the volunteer assistant coach for the women’s indoor team, while also serving as an assistant for the sand team that finished the season ranked in the top 10 nationally.

Prior to his time at Long Beach State, Butler worked with the Sports Performance Volleyball Club in Aurora, Ill., beginning in 2003. He worked as an assistant to Rick Butler and the 18 Elite Team. He also led a pair of teams to bronze medal finishes at the 18 Open (2012) and the 18 Club (2013) AAU National Championships. He also coached four AAU all-Americans and the 2013 Gatorade national high school player of the year.

From 2005-07, Butler served as a student assistant coach for the women’s volleyball team at Western Illinois, where he helped lead the team to three consecutive conference tournament appearances, the only three in the school’s history.

As a player, Butler was a five-year starter at outside hitter for the Western Illinois Club Volleyball team, earning conference player of the year honors while also serving as a three-year team captain and a player-coach. He graduated in 2009 and earned his Bachelor of Science degree in kinesiology. 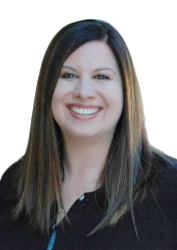 When she is not coaching, she spends her time cheering on her girls at their volleyball games, camping, or relaxing at home with the family. 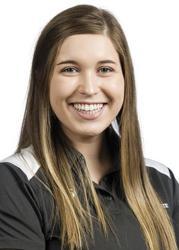 I am a senior at Oregon State University majoring in Kinesiology, with a focus in Athletic Training. I am in my third season as a manager for the women’s volleyball team at OSU. Before attending OSU, I was the manager for the Chemeketa Community College volleyball team during the 2015 and 2016 seasons. I played volleyball for nine years, including all four years of high school, and two seasons of club volleyball. This will be my fifth season coaching for NPJ, and third season coaching 15 Black. I have previously coached 13 Elite and 16 Black. My coaching philosophy is to teach not only volleyball skills, but life skills that will teach them to give a perfect effort in everything they do! 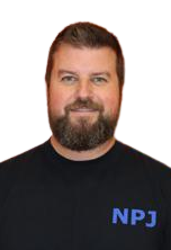 Coach Corwin started coaching volleyball at Waldo Middle School right here in Salem, Oregon in 1999.  He has coached at Springfield, Thurston, and Cottage Grove HS.  He also was the head coach of the Oregon Tech Volleyball team in the Cascade Collegiate Conference from 2009-2014.

Jason has coached club volleyball from 14’s to 18’s in both Eugene and Klamath Falls area..  Coach Corwin teaches at Lincoln Middle School in Cottage Grove, Oregon as a 7/8th grade PE/Health teacher.  He has grown up in the Willamette Valley, has 2 children (22 & 16), and is a veteran of the Air Force. 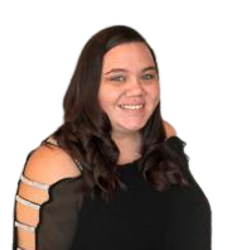 I started playing volleyball when I was nine years old. I have loved this sport since my first time on a court. I played at Centennial High School, and clubs in the Gresham area. I played at Western Baptist College (now Corban) on a scholarship as a setter. I coached for NPJ 13s in 2015. I took some time off for family but I am excited to back and to share my love and knowledge of the game.

When I was younger I had a coach that told me I would never be a setter or play front row. I was too short at 5'4". I worked hard every day to prove him wrong. By the time I was 18 I had a vertical jump at 19". Hard work pays off. And I hope to teach girls that no one can hold you back. Every girl should have a coach that says you can be whatever you want to be and I want to help you get there.